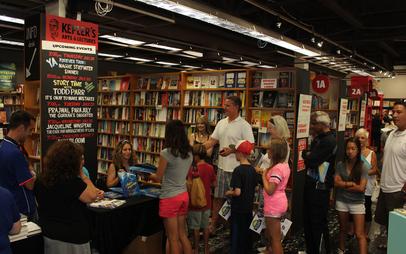 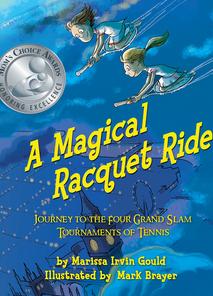 With US Open Champion Sam Stosur of the WTA Tour

"A Magical Racquet Ride is an engaging, fun story that teaches kids about tennis and the Grand Slam tournaments. It's authentic and entertaining for the whole family. We love it, and our kids love it too!" --Lindsay Davenport, 2014 Inductee into International Tennis Hall of Fame, former #1 WTA singles and doubles, 3 time Grand Slam singles champion, 3 time Grand Slam doubles champion, Olympic gold medalist & mom of 4 kids

"I love this book. It's the perfect way to teach my kids about one of the world's greatest sports, and it makes them feel like they are going from country to country and arriving at the Grand Slam event. We go on an adventure with A Magical Racquet Ride: Journey to the Four Grand Slam Tournaments of Tennis almost every night in our house. I hope there will be more magical racquet rides to come from Marissa Irvin Gould!"--Taylor Dent, former ATP world #21, 3 Grand Slam serving records, US Olympian, tennis commentator, co-founder and head coach at Dent Tennis Academy, & father of 4 kids.