Who better to bring the magic of tennis to your little star than a former junior, collegiate, and professional tennis champion? Look no further. Inspired by her son's love for Peter Pan, a passion for tennis, and the need for more athletic themed books that are attractive to boys and girls alike, Marissa turned her hobby of "writing on the side" into a charming story that melds fantasy and sports together with a touch of magic. She has brought something to the tennis world that has never existed before--an enchanting, easy-to-read, tennis book for kids that weaves sport, adventure, and world geography all into one exciting tale that is sure to motivate both girls and boys to pick up a racquet of their very own!

Marissa is a California native, a mother of three, an elementary school teacher, and a former professional tennis player on the WTA tour. During her tennis career, she competed in twenty-two Grand Slam events and notched wins over players who reached number one in the world including Justine Henin, Anastasia Myskina, Dinara Safina, and Aranxta Sanchez-Vicario. She holds a BA in Political Science from Stanford University where she was also an NCAA Champion, PAC-10 Champion, 4-Time All-American, Academic All-American, and the winner of the Honda Award for the Nation's top female collegiate athlete in her sport. Following her tennis career, Marissa decided to turn her attention to her other passions: children and education. She earned a Master's degree in Education from Pepperdine University and a California Teaching Credential. As an educator, she has taught kindergarten and third grade.

Join Marissa today, and take the little one in your life on a magical ride to the US Open, Wimbledon, the French Open (Roland-Garros), and the Australian Open without ever getting on a plane, standing in a queue, or stamping your passport. A Magical Racquet Ride: Journey to the Four Grand Slam Tournaments of Tennis will make any reader, both young and old, fall in love with tennis for the first time, or all over again!

" When I looked for fun and exciting  picture books about tennis for my students and my own children, I was shocked to find that there wasn't anything out there! That's when I knew that this book had to be written, and I'm so excited to share it with you and your family!"

Getting to know Marissa... 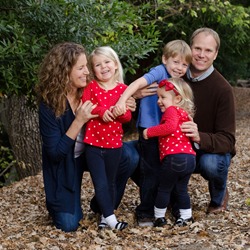